Shopping & Showrooms in & around Oxford

In the heart of the city, Westgate Shopping Centre is home to over 100 brand new stores featuring the best of the British high street as well as prestigious global brands. If you're looking for somewhere to shop 'til you drop in Oxford, then Westgate has it all . A couple of streets over, the Clarendon Centre is home to shops like TK Maxx, Costa and Swarovski. The Covered Market is to the east of both of those centres, and iis filled with local traders selling produce, breads and cakes, meats and cheeses, seafood, leather goods, flowers, clothing, gifts and more.

Oxford has independent shops dotted throughout the city, though there are some streets with more shops than others. Broad Street is said to be the most high-end street in Oxford and Turl Street, is home to several traditional outfitters, including gentlemen’s tailors, a bespoke shoe shop, Oxford’s oldest jewellery shop and a whisky outlet.

Cowley Road has several accessories and clothes shops and in the suburb of Jericho, Little Clarendon Street has fashion boutiques, a gallery, a gift shop and several cafés and restaurants, and Walton Street has independent food shops, a florist, an interior design store and clothes shops. Oxford’s high street is not lined with the common chain shops. Instead, the Oxford University Press Shop is nestled between antiques shops, traditional English clothiers and jewellery stores.

ODP is an online digital training platform for aspiring Entrepreneurs. We offer monthly subscriptions for those who are looking to start their own business. We give a step by step guide in our training courses to help our users build the confidence they need to get started. We provide hours of essential content such as how to build a professional website, how to harness social media marketing and also how to hone your entrepreneurial mindset 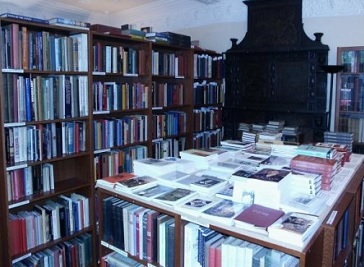 Over the last 30 years the staff at Blue Blood Sports have been dedicated to ensuring the local people of Oxford have a specialised sports presence. Our retail shop has a fantastic range of equipment, if you have any questions please get in touch

Centered in the middle of the City, accessed either from the High Street, Market Street or through the Golden Cross in Cornmarket Street the Covered Market welcomes its visitors with an array of colours and aroma’s. The building dates back to the 1770’s and has a long, varied and interesting heritage. The Market has always been an attraction for visiting tourists, providing a unique showcase for the very best in local crafts, food and drink.
Read More

Although the Oxford Cheese Company has expanded its' brands and has gone into production, distribution and export at its warehouse just outside Oxford, its retail shop is still its prime concern.
Read More

One of the most famous little shops in the world can be found in Oxford just across the road from Christ Church College. The Alice’s Shop in Oxford is world famous because the shop itself was written into the Alice adventures over 150 years ago. Alice’s Shop is one of the most tangible links to an entire episode in the Alice in Wonderland adventures and offers lovers of the stories a moment of intimate connection with the World of Alice as well as an insight into Carroll’s creation.
Read More