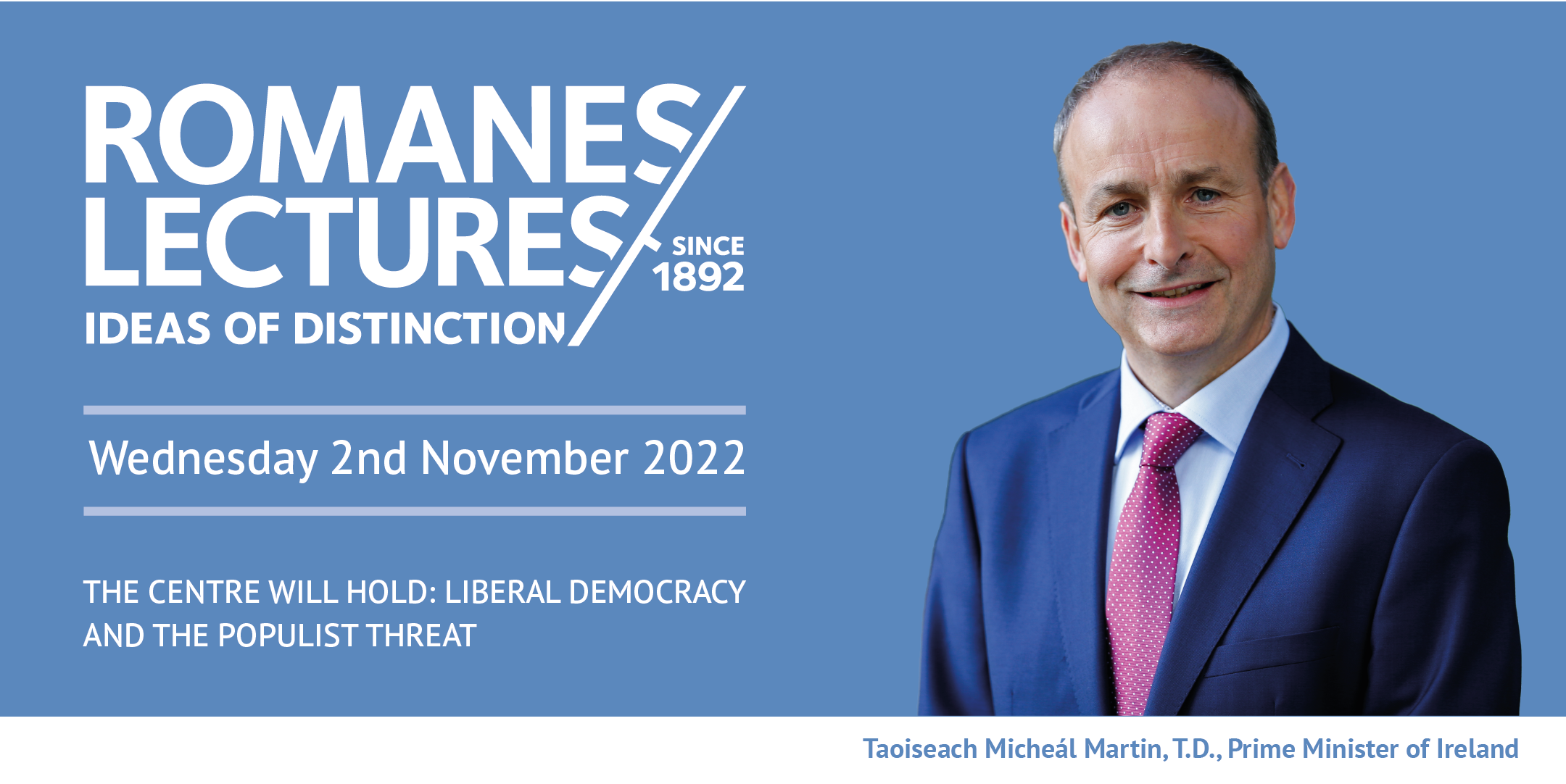 Join us at the Sheldonian Theatre, for the 2022 Romanes Lecture at 5.30pm on 2 November, where the Taoiseach Micheál Martin T.D., Prime Minister of Ireland, will discuss liberal democracy and the populist threat. #RomanesLecture

Romanes Lecture – The Centre Will Hold: Liberal Democracy and the Populist Threat

He has served as leader of the Fianna Fáil party since January 2011.

Since entering national politics in 1989, he has held four Ministerial posts: Minister for Foreign Affairs (2008-2011), Minister for Enterprise, Trade and Employment (2004-2008), Minister for Health (2000-2004) and Minister for Education (1997-2000). He also served as Lord Mayor of Cork in 1992-1993. Whilst he was Minister for Health, Micheál Martin oversaw the introduction, in March 2004, of the world’s first national ban on smoking in the workplace for which he received the World Health Organisation Award for Leadership in Global Tobacco Control 2004.

Born in Cork, he attended University College Cork where he qualified with a Bachelor of Arts degree & Masters of Arts in Political History.

He is the author of Freedom to Choose: Cork and Party Politics in Ireland 1918-1932.

The Romanes Lecture is the annual public lecture of the University. A most distinguished public figure from the arts, science or literature is invited by special invitation of the Vice-Chancellor. The lecture was created in 1891, following an offer by George John Romanes of Christ Church to fund an annual lecture, and the first lecture was given in 1892 by William Gladstone.

You can now register for tickets to secure your place at the Romanes Lecture 2022.