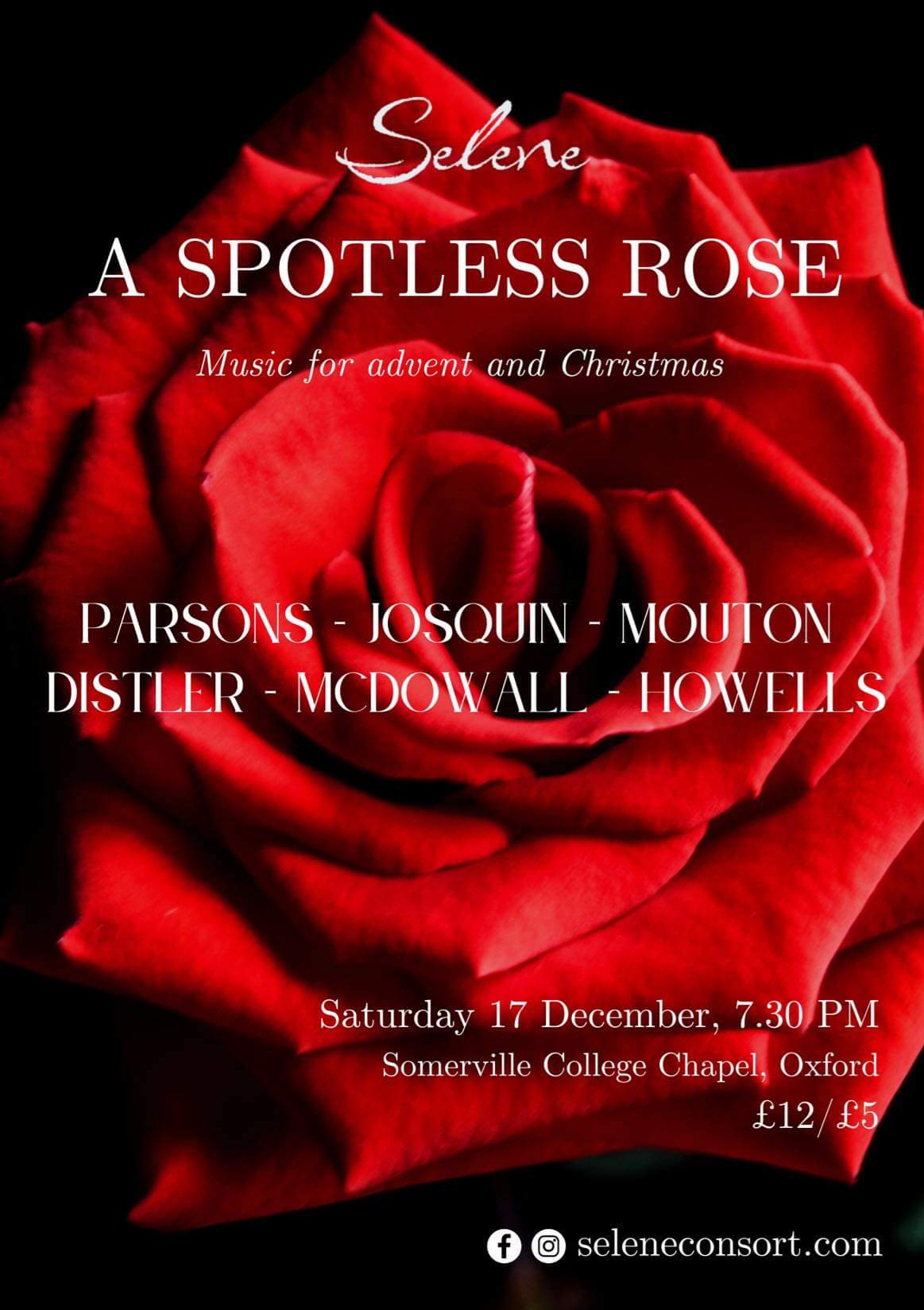 A concert of music for advent and Christmas spanning five centuries of choral tradition, presented by dynamic young vocal octet Selene. Founded in Oxford in early 2022, the group is one of the country’s most exciting new ensembles, and their performances in venues across England have received enthusiastic acclaim. This is their third concert in Oxford, and will be in the intimate setting of Somerville College’s Chapel, accessed via the Porters’ Lodge on the Woodstock Road.

The programme includes modern choral favourites by Howells (A Spotless Rose) and Britten (Hymn to the Virgin), gems of 16th century polyphony including Parsons’s beloved Ave Maria and Mouton’s extraordinary Nesciens Mater, and lesser known modern works including the amazing variations on Es Ist Ein Ros by Hugo Distler. Little known today, Distler was an organist and wonderfully sensitive composer who took his own life in 1942, unable to reconcile himself to continued existence under the Nazis.

Tickets are £12 with a concession price of £5 for students and under 25s, and can be booked at https://www.ticketsource.co.uk/selene